I have been in Morocco for four weeks and traveled hundreds of miles,first with my friend Seth then on my own to Essaouira.

Ive met so many people, so many great conversations, email and facebook exchanges, free intensive French on the street lessons, and so many medinas.. with hundreds of homeless cats, screeching motorcycles flying down the narrow cobblestone streets.. oded on  cous cous and tagine..  and street barkers selling to tourists. 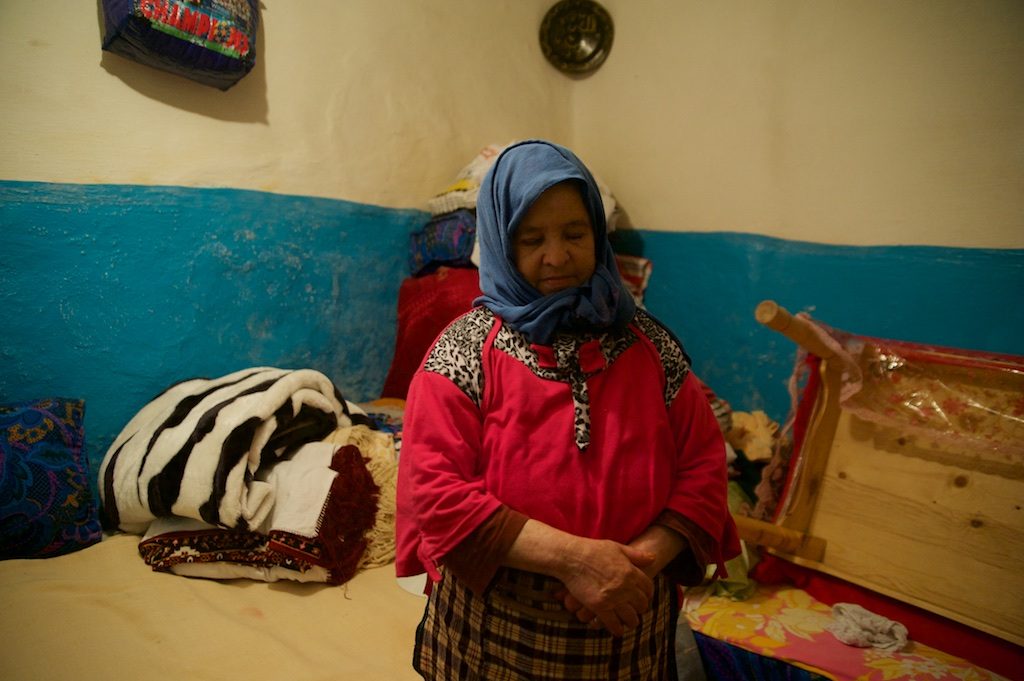 The 3  month old kitten had a dirty face and was sitting on his hind legs off to the side of the stairs, watching people as they climbed up and down from Tetouan’s nouvelle ville to the medina area.  I starred for a few seconds, wishing I could save him from the streets. As I walked away I had tears in my eyes. Wandering the alleys of the Fez medina is not recommended for true cat lovers.  So many skinny, damaged and mangy cats eating whatever garbage they find. Many of the restaurants in the ancient market give them leftovers as they close up in the evening. At our riad in Tetuoan there were three cats that appeared every evening by the kitchen door sitting and waiting.   Without these hundreds of strays, the medinas in Morocco would be overrun with rats.

As I wandered around Essaouira,, the last medina town on my travels, I spotted three baby kittens on the side of the alley, sleeping on top of one another. Buying milk, I asked the shop owner for a small container to pour it into. He cut off the bottom of an empty water bottle.  One of the kittens immediately started drinking when he saw the milk.  The other two had eye infections and were not eating.  I searched online and found an animal rescue, started here in Essaouira several years ago. Checking their facebook page, they are making a visit the day I leave Morocco.              http://www.hsam.org.uk

I can go on and on about the cats of Morocco but there is enough poverty to understand why animals have a rough life.  The majority of Moroccan cities have medinas. For all of you non Arabists, it is the old arab quarter of north African cities.  As I mentioned previously, it has become trendy to stay in a raid that has been renovated. The alleyways are narrow and the garbage sits out in plastic bags or is throw in the alley.  In most other cities we visited, the streets are swept early morning or late evening. But here in Essaouira, the garbage collection is not a guarantee. So some days I walk down the narrow streets, hoping nothing is going to run across my path.  With so many tourists all staying in the medina, the city needs to step up on the garbage problem..

Every city we visited has an old Jewish quarter called the Mellah, which means salt in Arabic. Many Jews began coming to Morocco during the inquisition in Spain and Portugal,  and were supposedly involved in the salt market. But another explanation online describes the mellah as a place where the Jews were forced  by the Imam to salt the  decapitated heads of captured enemies.  And as I was speaking with Abdul, the clever young guy who works in my guest house Maison du Vent,  I asked how the Moroccan Jews and the Arabs got on. He related a story his dad told him back in the early fifties. At that time the family owned a farm in the country and the neighbor was  a Moroccan Jew. It was a contemptuous relationship, without any neighborly  greetings.  But each time we were taken to a mellah in a different city, our guides always impressed on us how well the Jews and Arabs got along.  I am not satisfied with either answer so I will continue to query more locals. 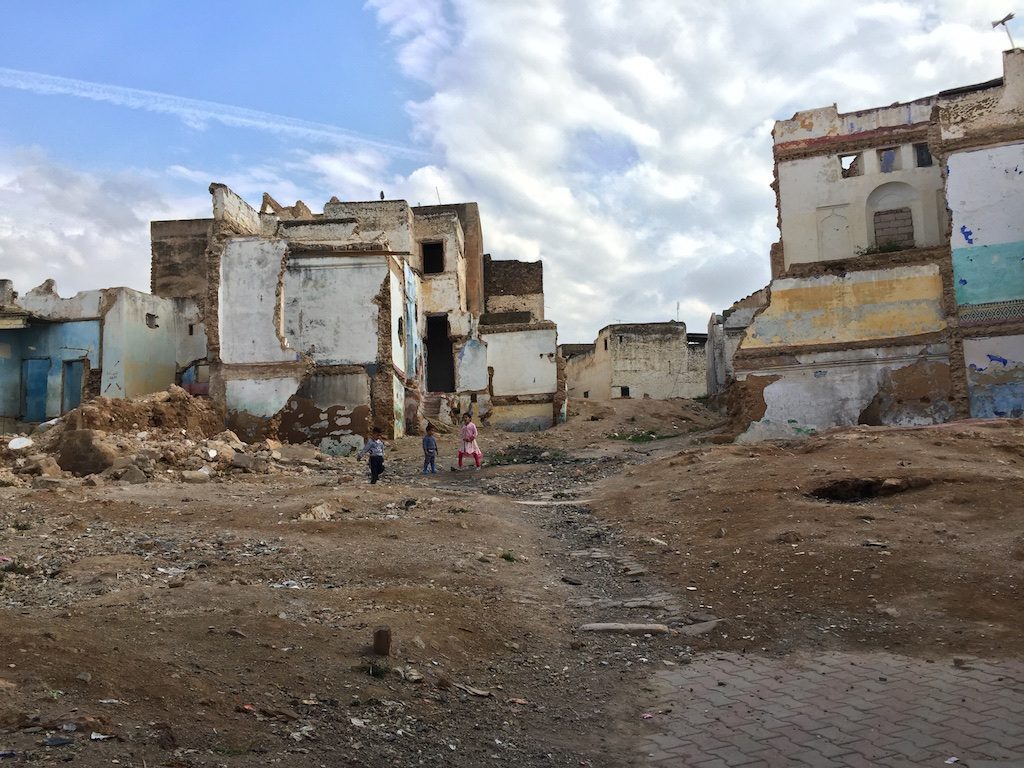 Since the Jewish quarter is the oldest in all of the medinas in Morocco, most of the ones we visited were in a state of severe decay, many of the buildings had already fallen down. The Moroccan government says it is rebuilding the mellahs to preserve the Jewish culture in the country.  When the Moroccan Jews left in the 1950’s- 1960’s, poor Moroccans moved into the empty houses and are still there, regardless of the danger of buildings collapsing. Walking through the narrow, dirty alleys with Abdul, we saw a bunch of boys sniffing glue. Many of the buildings have no water so  residents carry water from the tap in the street.  I saw a door open at the end of a dark alley and begged Abdul to ask her if we could see her small apartment.  Dragging my new English friend who had come down alone for a break from his kids and life, we walked into a small dingy room that originally had been a small patio with light coming from the roof. There was an actual a deep water well in the tiny space, where they lifted their water with a bucket. Five people lived in 400 square feet of space with the two upper floors, with crumbling concrete, inhabited by a fifty plus divorced woman and her sister. The access to the upper floors was by climbing dark, narrow stone steps.

With so many tourists in Morocco staying in riads that have been renovated into luxurious bed and breakfasts, living next to old houses occupied by poor Moroccans, this is the irony of two different worlds coexisting in the same place with neither group aware of how the other lives.