To all of my readers. there are moments here when I know it was helpful for me to come here this year.. but it has been the most difficult for me..My neighbours living in that one tiny room have screaming babies, coughing toddlers with runny noses that they wipe with the kids’s clothing and less than hygienic living habits.. they have a constant supply of flies at their door and a week ago, before the 7 moved out… i had mice..  i am terrified of mice so i had some girl friends sleep over.  i am still crossing my fingers that they have found new dirt.. to hang out in.. 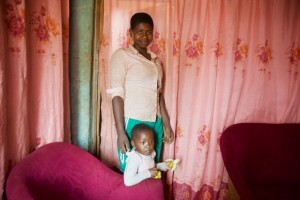 this is week 4… The Monotony of Poverty

It was the last day of school before Easter recess and I was coerced into sitting on the dais as the guest of honor, to present the school with new trash cans.  It had been four years since we had started our pseudo recycling program and most of the plastic pails were broken. Holding the microphone as it buzzed incessantly, I reminded the students to keep the campus clean, separate paper, plastic and food scraps,(which were burned, buried and composted) and added finally to have small families when they grow up.

As I sat down, I heard the teachers reading out the class averages for the end of the semester, followed by the top three students in each class. And then they read the names of the bottom three students in each class.  Shocked and appalled, I grabbed two teachers I knew well, and asked if they realized how embarrassing and negative it was for the students who failed.  They argued it was suppose to be motivating, I argued it was demoralizing. It was part of the government syllabus when announcing grades. The principal has agreed to stop this practice next semester.

Since we pay tuition for at least 60 students, I wanted to visit  their houses, see how they lived and who they lived with. We picked six different children at different schools. We started out at nine on Saturday morning, our first stop a tiny house with 2 small rooms, occupied by at least 5 people. The student Belinda, a girl of 15 was in form 2(8th grade), lived with her aunt who had 3 small children. Barely supporting herself, the mother had sent the girl to live with relatives. Belinda was intelligent but was overloaded with 12 subjects, including chemistry and psychics. She failed English literature because she could not afford to buy the books. I said we would buy her books.

The second house was in a back alley in the village of Alim. Living with an aunt and several children in squalor, the girl had lost her mother years ago. But she was an excellent student, with the highest average out of 90 in her class. I  congratulated her and suggested she tutor some students with low grades.

Our next stop was rural Ebam, the mud brick house was down a dirt road surrounded by huge plantain growth.  The boy 13, in form 3 (9th grade) was an average student but had lost his mother to Aids, his twin brother had Aids, and his father eked out a living with coffee plants and sewing. He needed our support.

The village of Amen is spread across a mountainous terrain, mud brick dwellings on steep dirt paths without electric power.  We had come to meet the family of a 14 yr old boy who attended trade high school.  The parents forgot our appointment, the boy was failing and his mother had just had her 7th child. There were more worthy students who deserved our support. The parents could not pay the boys fees but they kept having babies.

A huge downpour greeted us at we drove to the last two appointments. The sixteen year old boy, a top student, had lost his mother, there was no father but he was raised by his grandparents and now lived with  his aunt and her family. They were so pleased we took the time to visit them.  As I was leaving, the aunt called her daughter Lois. Surprised to hear my name here in Cameroon, she said it was from the Bible.

As we drove through blinding rain and mud, we parked on the dirt road in Ngwainkume, and visited a young boy 14 and his dad. His grades were average but he was going to trade school and had a natural talent to build and fix things. His father was not educated but intelligent and thanked us for the visit. Rarely do the teachers take time, even at school, to talk to students.

The rainy season came early this year so I never leave without an umbrella. Doing wash is a huge challenge since almost everyday we have a downpour and if my clothes are hanging to dry and I am not around, I hope my neighbor will save them.

So many people come to me to ask for help and I am overwhelmed with the suffering. During these moments I sometimes falter and offer financial support. The other day, a woman with AIDS complained her 13 year old daughter had holes in 3 teeth for the past year  and she didn’t have money to fix them.. So I gave her 20,000fr ($33), which is a huge amount here, to take the child to the dentist at the hospital. And she will bring me a receipt so I know where the money was spent.

The moments that anger and frustrate me, are when I see Cameroonians driving around in  Mercedes or brand new Toyota Rav4s while their people are still living in the 19th century.